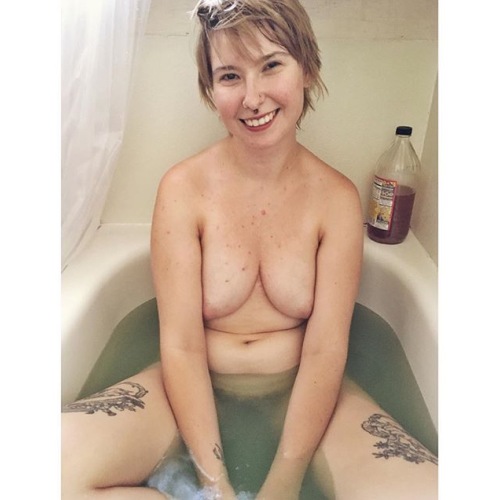 Oh man… I really love a lot of underwater sea creatures so that’s kind of hard. I’m gonna say dolphins because they’re very community oriented and they’re very smart and they don’t have a lot of natural predators. So I wouldn’t have to deal with being attacked or eaten which would be good ::laughs::.

Do you enjoy being in bodies of water?

Yes. Yes, actually when I was really young I remember my mom taking me to the pool or the beach and when it would be time for me to come in she would call for me and I would duck underwater to pretend that I didn’t hear her so I could stay in longer. When I’m in water I have this overall feeling of like, safety. It’s a nice, cool or warm blanket that makes me feel good and happy and I’m weightless. There’s not a lot of… I don’t know… There’s just this sense of serenity.

Ooooo, lots of things. Umm, I guess I really love food. My long term goal in life is to be a pastry chef and have my own patisserie. So like cooking for people and making things for my friends or coworkers is a thing I really like doing. I’m also very passionate about people being treated fairly and properly so I try to be as active in the community as possible. Just kind of like, human rights and people’s rights. I think there are a lot of things that have been going on for years, especially with race and police violence and I think it’s very important to be active in that and getting together as a community and doing what we can to fight that or else nothing is going to change.

What are you most afraid of for the world?

That… well just… oh man. That Donald Trump will be president ::laughs:: and that people won’t put aside their differences and come together and I’m just afraid that something similar to WWII will happen and that we’ll use up all of our resources and society will collapse on itself. Which I know we’re already at a point where it’s almost irreversible… The future seems pretty bleak to me ::laughs:: nothing matters. Going to have an existential crisis in the bathtub ::laughs::.

I’m… honestly not afraid of many things other than being attacked by a person at night. Which is something that I feel like most female bodied people or actually all female bodied people are worried about whenever they go walking by themselves at any time of day. Umm, that and also, this is so irrational and dumb but falling off of a roller coaster. I’m really afraid of heights so those are my two things.

What do you think of relationships? Platonic, sexual and otherwise.

As far as romantic relationships go, I have always been a hopeless romantic. I love falling in love. And I love getting to know people on a romantic level. But it’s also kind of difficult for me because I am a demisexual person, so that has had a lot of people turn themselves away from me because sex isn’t a priority to me unless I have a very strong emotional or intellectual connection to them. Which I guess is good in the long run because it turns away those people who aren’t right for me. I am currently in the best relationship I’ve ever been in ::laughs:: and my partner is really wonderful and we have great communication which I think is the most important, be it a romantic or platonic relationship; you have to talk about things with your partner or friend as soon as you can. If you let something go on and fester, it can become this weird passive aggressive thing and neither of you can grow and develop from that.

What is your biggest accomplishment?

Oh man. I recently got published in Vogue International and that was a big step for professionally modeling. Also, I have now been to every state except for Hawaii through modeling and also a recent trip out west. I never thought I could travel for a month at a time due to finances but I was able to do that and spend time in a lot of states that I would have never visited and meet cool people so yeah.