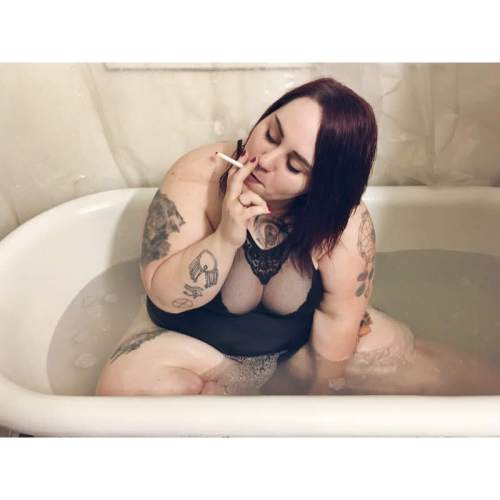 How often do you bathe and shower?

Not often enough according to the chafing on my legs. [laughter].

If you were an underwater creature, which one would you be?

Oh my gosh. Hopefully, the ugliest one that lives on the bottom that nobody has found yet. I don’t know what that is so… I saw this documentary about the ocean and all of these creatures that they found recently and they were all just so hideous because they have to hide and– that was so beautiful to me. I loved it.

Love. It’s the first thing that comes to my head. I just love everything, everyone. That and passion [laughter]. I have a vivid memory of it starting fully, recognizably, self-aware when I was three. I found out that Martin Luther King died basically because he was black, and I asked my mom if I could hug the world. She was like, “Yeah. You just have to work at it”. Then I just kind of always have.

What is something that you still struggle with?

Being in the moment. I romanticize things too much.

In the moment or after?

Usually in the moment. Also, after. But during in the moment, leads me to lose everything that’s happening. I romanticize people and their words, and I can hear things differently than how they say them. But I think it’s because it’s how they mean them. They just don’t know it yet. That makes me lose on what they mean in the moment. Essentially, that’s what I need in the moment too, so.

What is something you feel accomplished with?

Being a mother. This never really seemed like a path for me. I never wanted kids. I never thought that I’d be a mother. I was told at a really young age that it’d be really hard for me to have a child, and I lost half my uterus to a cyst. So I never thought that I would really, and then it happened. And honestly, it gave reason to everything I’ve been through in life and everything that I’ve put myself through. I realized that I had to go through those things so that I could help my son in his life. We’re going through a lot of the same things. I’ve gone through what he’s going through in some ways and we feel the same. So I’m able to explain it to him, so he doesn’t struggle like I did. Yeah. I’m a really good fucking mother [laughter]. Ah, and I feel so proud of that because I didn’t know that I was going to be. I really didn’t because it does take more than love.

What do you mean?

All I am is love, and I can easily give that no matter what. But it takes away more than that being a mother. Just this morning, I was at the end of my patience. I had to go and sit in the balcony 6:00 o’clock in the morning because he wouldn’t stop whining. And when I came back in, he was quiet. He was waiting to hear what I had to say, and I got in bed with him. And I kissed his forehead, and I said, “Mason, I’m sorry that I got mad at you, and I love you. I’m going to try harder to understand why you’re still whining [laughter].” It’s hard. Whatever he’s experiencing, at that time, he’s expressing it, and I have to remember that. I can’t just shut it down. Even though it’s detrimental to my psyche at the moment. You know what I mean? It’s draining sometimes, but this is how he’s learning. And I can’t just shut down the way he feels because it’s bothering me. That’s so unfair. That’s totally fucked up [laughter]. That’s totally fucked up whether you’re almost 3 or 30. That’s fucked up.

Do you feel like being a single primary parent changes things?

Entirely. Entirely. His father isn’t consistent in his life, and I feel like even if that wasn’t the case, I’m his mother. I have to be the most consistent thing in his life, and it puts a damper on me creating any kind of outside relationship with a person of interest. I don’t bring men around my son. I don’t put him in the position to become attached to people that won’t be consistent for him before he can understand why. He already doesn’t have one of the biggest creators in his life [laughter]. It kills me.

What are your thoughts on relationships? Platonic, sexual and otherwise.